McArdle’s – where the passion can be seen everyday in unsurpassed customer service and breathtaking floral arrangements delivered in Port Chester NY.  McArdle’s strives to consistently exceed customers’ expectations. From flower order to flower delivery, you can rest assured that a floral arrangement from McArdle’s Florist Greenwich, CT will always reflect well on you. We also carry a large variety of greenhouse plants and gourmet items, and have a full garden center.

Founded in 1910, McArdle’s Florist and Garden Center is celebrating its 100th year as a fourth generation family owned business!
We are proud to have been serving the Village of Port Chester for the past century!

About the Village of Port Chester:
For nearly one hundred years, this territory was disputed between New York and Connecticut, until finally, in 1788, the New York State legislature officially established the Town of Rye boundaries and eventually developed Peningo Neck (the present business section of the City of Rye) and “Saw Pit” as Port Chester was commonly called then. Saw Pit was named for the saw-mill and boat building shop near the mouth of the Byram River where the community evolved. It was little more than a hamlet until near the Revolutionary War period. But with its good harbor and growing shipbuilding industry, the port became a natural outlet for farm produce from the surrounding countryside. By 1950, Port Chester was among the leading factory towns in the Lower Hudson Valley. Many well-known corporations had headquarters or production centers in the village, including Life Savers, Empire Brush Works, Arnold Bread, Fruit of the Loom and Russell Burdsall Nut & Bolt Co. During the 1970s, most of the factories began to move south or west, struggling with a declining economic base. In 1984, Lifesavers shut down its North Main Street factory after 64 years, the last major manufacturer to leave the village.
Since then, Port Chester has revitalized itself with a growing retail and service economy. Port Chester’s downtown Restaurant Row is renowned throughout the region, offering cuisine from around the world in dozens of top-rated establishments. “The Waterfront at Port Chester” retail center has brought a multiplex movie theater to the Byram River shore, Costco Shoppers Warehouse, Bed, Bath & Beyond, Super Stop & Shop, Marshall’s and several other stores.

With one of Greenwich CT’s largest collections of fresh flowers, and designers who are inspired to impress, McArdle’s guarantees your order will receive personal attention every time. Turn your expressions of love, happiness, appreciation, sympathy and more into lasting floral impressions. Order online 24/7, or call 1-203-661-5600 to speak with a Floral Consultant. We offer same day flower delivery in Port Chester NY, for orders placed before noon, ET.
Open daily Monday – Saturday 8:00 a.m. – 5:30 p.m.

McArdle’s makes daily deliveries to all hospitals and funeral homes in our area. 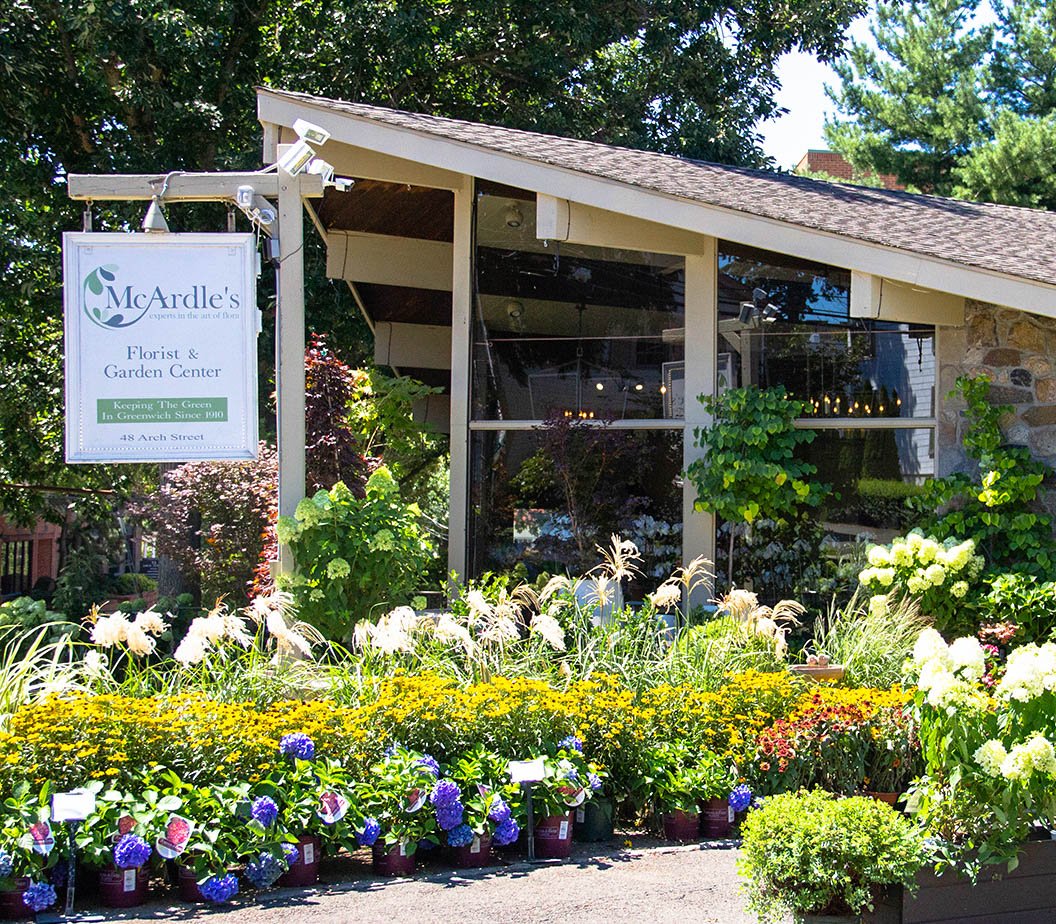